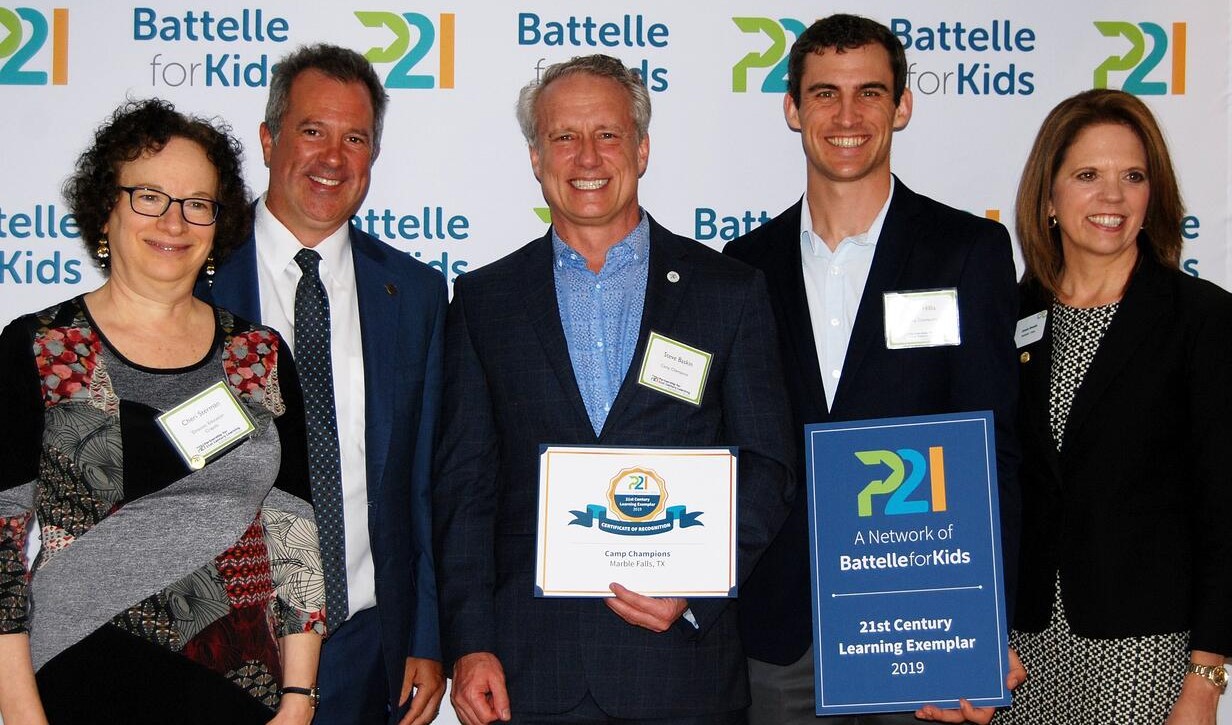 In 2019, Camp Champions became just the 4th non-academic program to be named a “21stCentury Exemplar Program” by the Partnership for 21st Century Learning (now part of Battelle for Kids)! This is a highly selective honor, and one that makes us very proud.

What are 21st Century Skills?

Roughly a decade ago, some of the leading employers and educators in the US realized that high school and college graduates were entering the workforce with a deficit of critical skills.

These groups (which includes Apple, Intel, the Children’s Television Workshop and Cisco) decided to do something about it. They came together to form the Partnership for 21st Century Skills (P21). The purpose of the partnership was simple:

Over the years, they have conducted multiple surveys and created reports that have been highly influential. In fact, Singapore completely changed their educational curriculum after reading one of their reports – and this was AFTER they were named one of the top 3 education systems in the world!

The conclusions are powerful and surprising. In particular, the “skills critical to success” were not what most people would have anticipated. The most important skills are not math, science or reading. Instead, they are as follows:

Simply put, this is a love letter to summer camps. With the exception of written communication, we believe Camp Champions fosters these skills better than even the best schools.

Oral communication and collaboration are difficult to teach in a classroom. When teachers need to teach algebra or verb conjugation, they must focus on transferring their knowledge to students rather than creating active collaborative environments.

At Camp Champions, we focus on developing these skills. Every day, campers work on their communication and collaboration skills – heck, that is the essence of a good cabin dynamic. They work on these skills 16 hours a day.

We are also part of a group of camps working with employers to hire counselors who are “certified” in these important skills.

Few parents of elementary school children worry about the workplace, but we think it is exciting to think that camp is not just fun, but also a rich learning environment, preparing children to succeed in the world.